Posted: May 15, 2018 | Author: sampoulin | Filed under: events |Comments Off on Creativity Through Adversity 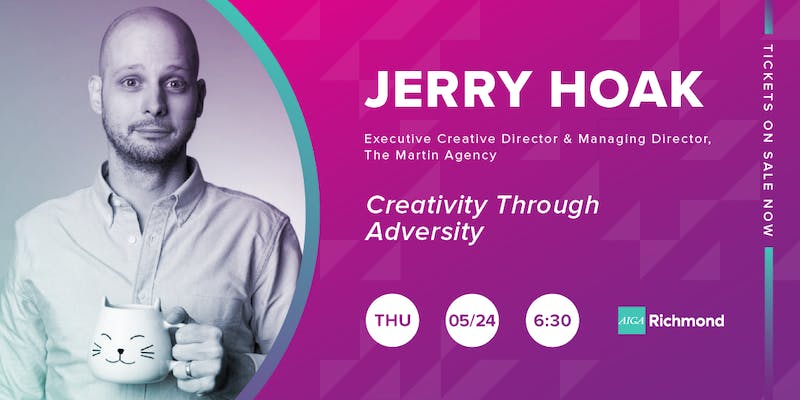 Adversity is a given for us all. At some point in our lives, we all will encounter a period of pain that tests our resolve and endurance. Those of us who thrive as creative thinkers are often able to create meaning from these challenging times and find inspiration in the struggle. Come hear how Jerry Hoak has used his abilities as a creative thinker to find strength and growth in the most trying of times.

Jerry Hoak joined The Martin Agency in 2017 after spending more than a decade in New York working at Droga5, Taxi and Ogilvy. Recently named EDC, Managing Director at Martin, he has been helping lead the agency to become even faster, more collaborative and diverse. He believes the best advertising respects an audience’s time by delivering entertainment, utility and purpose. His proudest advertising moment came in 2015 when the podcast Freakonomics featured his Prudential campaign in an episode titled “How to Make a Smart Ad.” It was not a paid endorsement. Despite winning the Mega Millions Jackpot in 2017, he continues to work in advertising. That’s not true. He is married with two cats and a dog named Glitter, and he is a board member of the Make-A-Wish foundation of Greater Virginia. That is true.